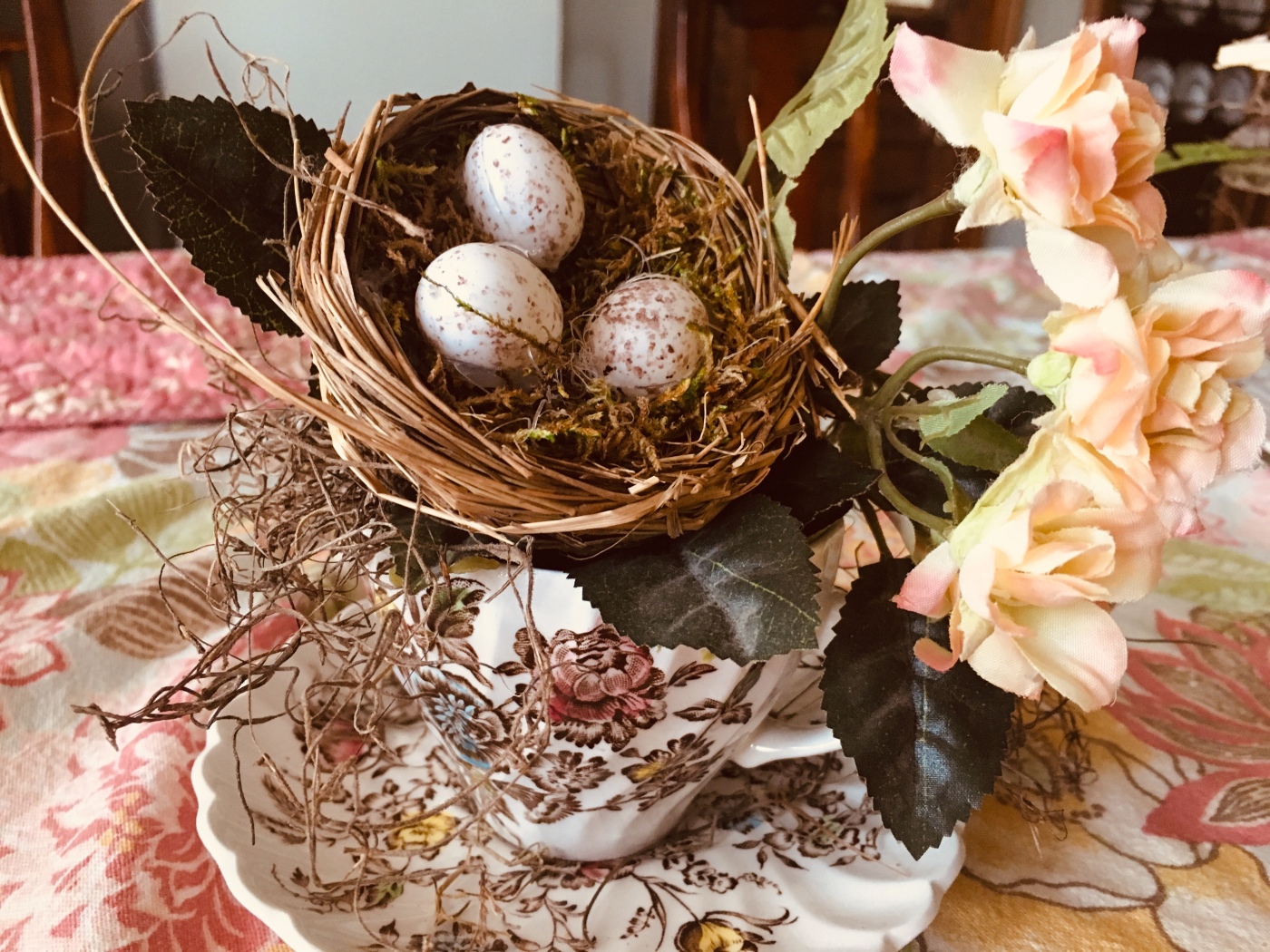 The two most important accessories a Victorian house in the country can have are:

Why? These are the tools of the trade for navigating rural life and evicting (by WHATEVER MEANS NECESSARY) its frequent, uninvited visitors. From mice to bats to chipmunks. I never, and I mean never, handle these encounters well.

The afternoon in mid-March when my feathered friend shot out of my spice cabinet was no exception.

I came home from work with the boys to the overwhelming smell of peppermint. I was immediately suspicious. I wandered up to the kitchen and found one of my spice bins on the floor. The culprit for the minty ambiance was my bottle of peppermint extract, broken on the tile. I quickly dismissed this as naughty kitties climbing into the cabinet (they have done stranger things.) But then I heard the rustling.

The next thing I know, there is something winged darting out of the cabinet. Bird? Bat? I had no idea. I didn’t stick around long enough to distinguish.

Seriously, people: I didn’t even try to save my children before I ran screaming into the dining room. Thank goodness we keep the red wine in the dining room closet – I NEEDED a drink and I was sure as hell not going back into the kitchen.

Paul was still 10 minutes from home, so I used the time to guzzle red and Google the animal totem meaning of a bird (or bat) in the house. You know. Totally logical reaction.

Meanwhile, the kitty sisters leaped and hissed and stalked. Finally, my knight-in-shining sports gear arrived home. Yes – it was indeed a bird. No – Paul did not want to swing at it. He did the next best thing: open the kitchen window. We watched from a tiny crack in the kitchen door as Elaine, the fuzziest fuzzy kitty, leaped, caused the bird to fly out, and very nearly found herself in the side garden but for Paul’s quick action in slamming the window shut.

Oddly, I learned that my writing group friend Annette had the very same kind of bird (a starling) fly into her house on the VERY SAME DAY! And my other writing group friend Jennifer (who recently wrote about Phoenixes but thankfully didn’t have one of those in her house) also had a starling visit her kitchen just the week before!

What does it all mean???

Only time shall tell!

In the meanwhile, and at the risk of accidentally inviting more confused flying intruders,  here are all the bird crafts and vignettes I’ve set out for spring! Enjoy! 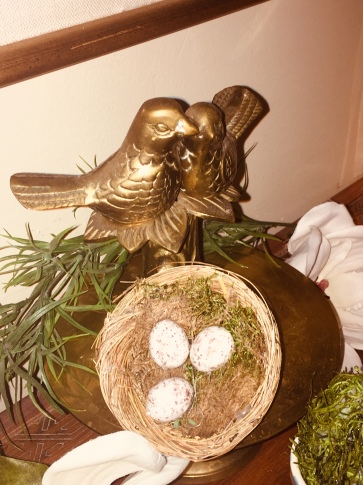 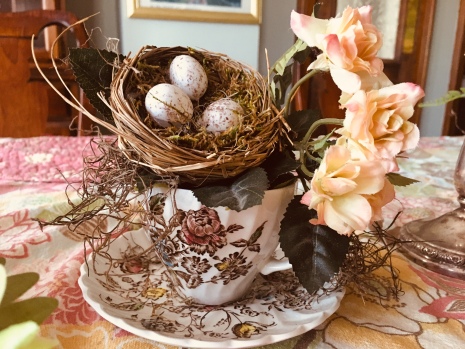 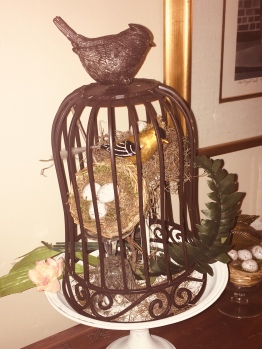